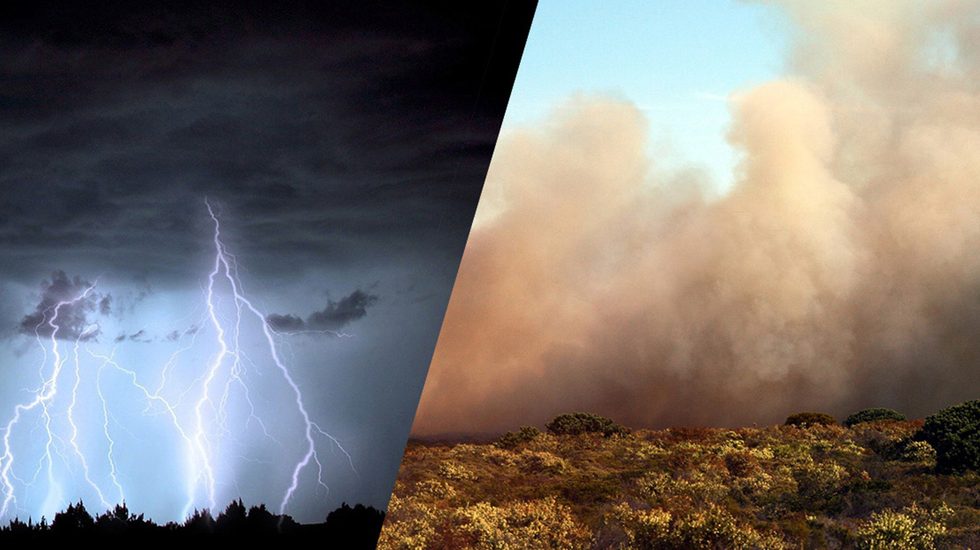 by Christine Eugster and Marius Zumwald

Natural hazards and extreme weather have always been a threat to people, property and infrastructure. In densely populated countries such as Switzerland, the value of buildings and infrastructure is high, as are the risks of natural hazards such as landslides or debris flows. Accordingly, the protection and assessment of the risk potential for real estate is of central importance.

Climate change influences the intensity and frequency of natural hazards

Climate change affects the likelihood and intensity of certain weather extremes or natural hazards. According to the latest Global Risk Report of the World Economic Forum, weather extremes are perceived as the risk with the highest probability of occurrence and above-average impact.

Warm air absorbs more moisture than cooler air (about 7% per degree Celsius). Thus, the warmer the climate, the heavier the precipitation is expected to be. Floods and surface runoff caused by heavy precipitation are the “most expensive natural hazard” in Switzerland. Damage caused by floods in Switzerland has resulted in inflation-adjusted costs of CHF 12.7 billion since 1972.

2021 A summer of weather extremes

This summer has been characterized by weather extremes. While Canada has extreme temperatures of up to 50°C, we saw an extraordinary amount of heavy precipitation, thunderstorms and hail in Switzerland. On June 23rd, for example, up to 40 litres of water fell per square metre in half an hour and, one day later, heavy precipitation caused flooding at the Aarau railway station. One week later, on June 28th, hailstones the size of golf balls caused major damage to vehicles, roofs and facades in Wolhusen (LU). The persistent precipitation in July and the associated floods and landslides have led to catastrophic events in Germany with numerous fatalities. In Switzerland, the highest danger level was imposed for many lakes and rivers, and many water levels approached those of the record year 2005, when natural hazards caused more than CHF 3 billion in property damage.

According to the Swiss Federal Institute for Forest, Snow and Landscape Research, the inflation-adjusted mean cost of damage between 1972 and 2018 is about CHF 305 million per year. This year, however, the amount of damage is likely to exceed this mean value significantly.

It is difficult to predict exactly when and where an event will cause damage to a building. However, hazard maps, which show the exposure as a combination of probability and intensity of specific natural hazards, can be used to determine the risk at a location (Fig. 2). In order to estimate the specific risk of a property, the vulnerability and the value of the property must also be taken into account. For example, properties with an underground garage are more vulnerable to surface runoff than those without a basement.

Consideration of a wide range of natural hazards

Wüest Partner also includes natural hazards in its location analyses. In order to better map the exposure of properties and property portfolios, we have built up a comprehensive natural hazards database. Wüest Dimensions, our real estate management platform, now contains data sets on floods, surface runoff, storms, hail, debris flows, hillslope debris flows, fall processes, landslides, avalanches, earthquakes and radon. The natural hazards moduel allows , to intuitively query the risk for each natural hazard and, to some extent, visualise it on maps. This makes it possible to assess the hazard potential and to take appropriate measures where necessary.

Talk to our experts for further insights.